With 152k miles it was finally starting to feel time to replace the suspension in The Rolla. Replacing the struts in a 2005 Corolla is a fairly easy task.
I was planning 4 hours just to replace the back struts. The entire job of doing the front and the back took less than 3 hours.

Tools you will need: 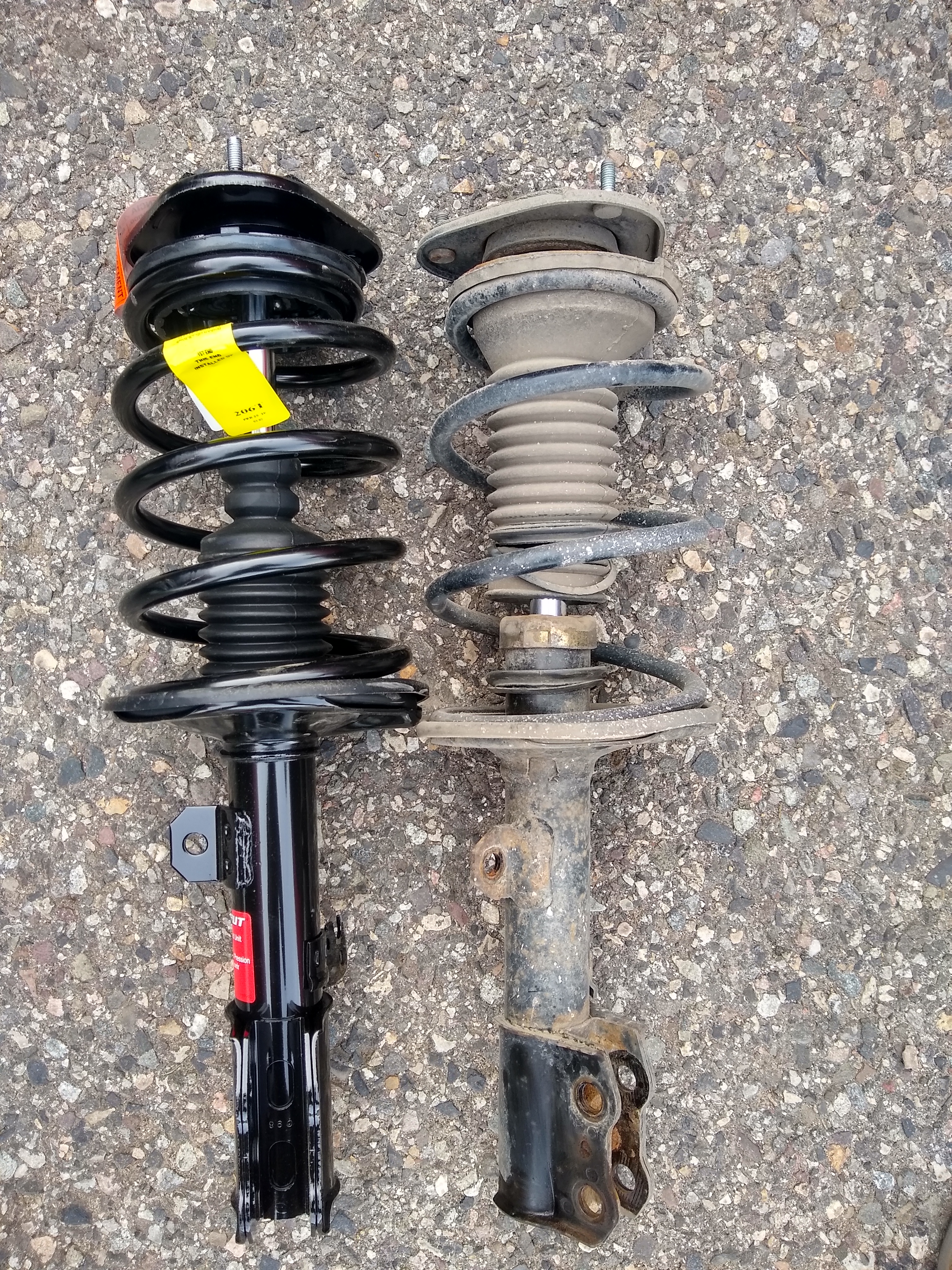 Here is the process:

Place the car on a jackstand. Try to place the jackstand on the frame a little a few inches towards the front of the car from where it is placed in this photo. I had to move this later on so the axle would lower enough to put the new strut on. 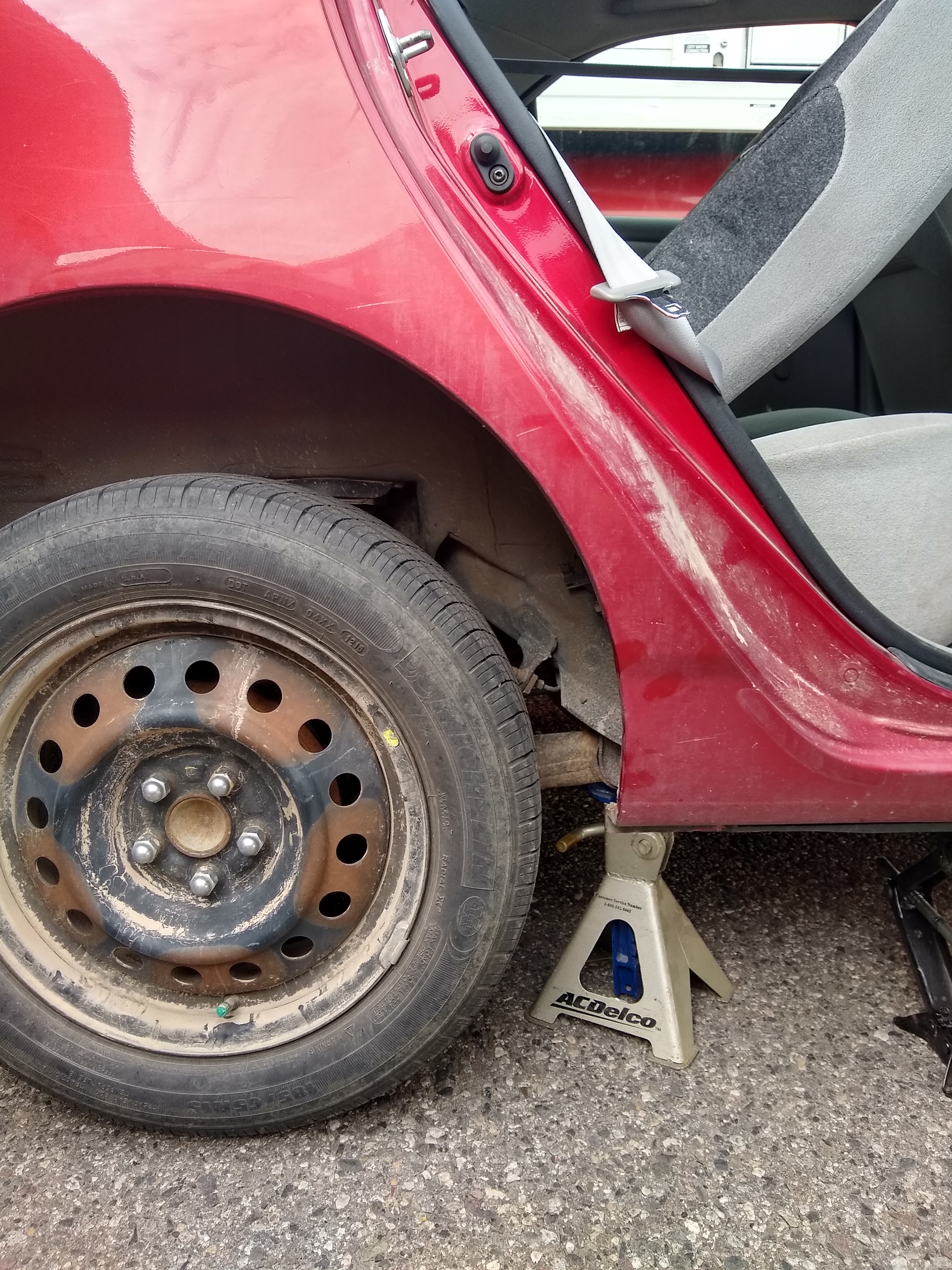 Lay down the back seat and remove the piece covering the strut. 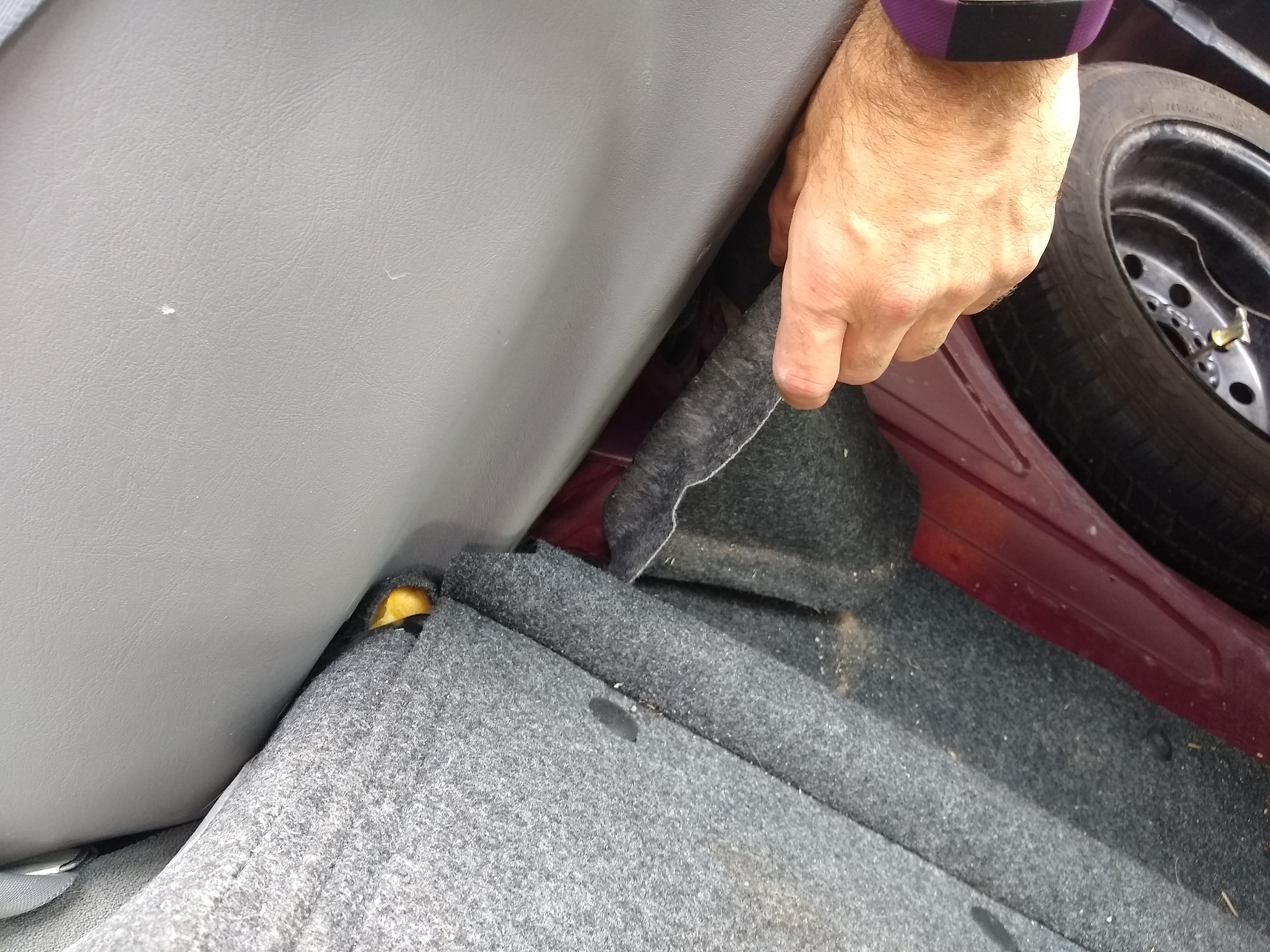 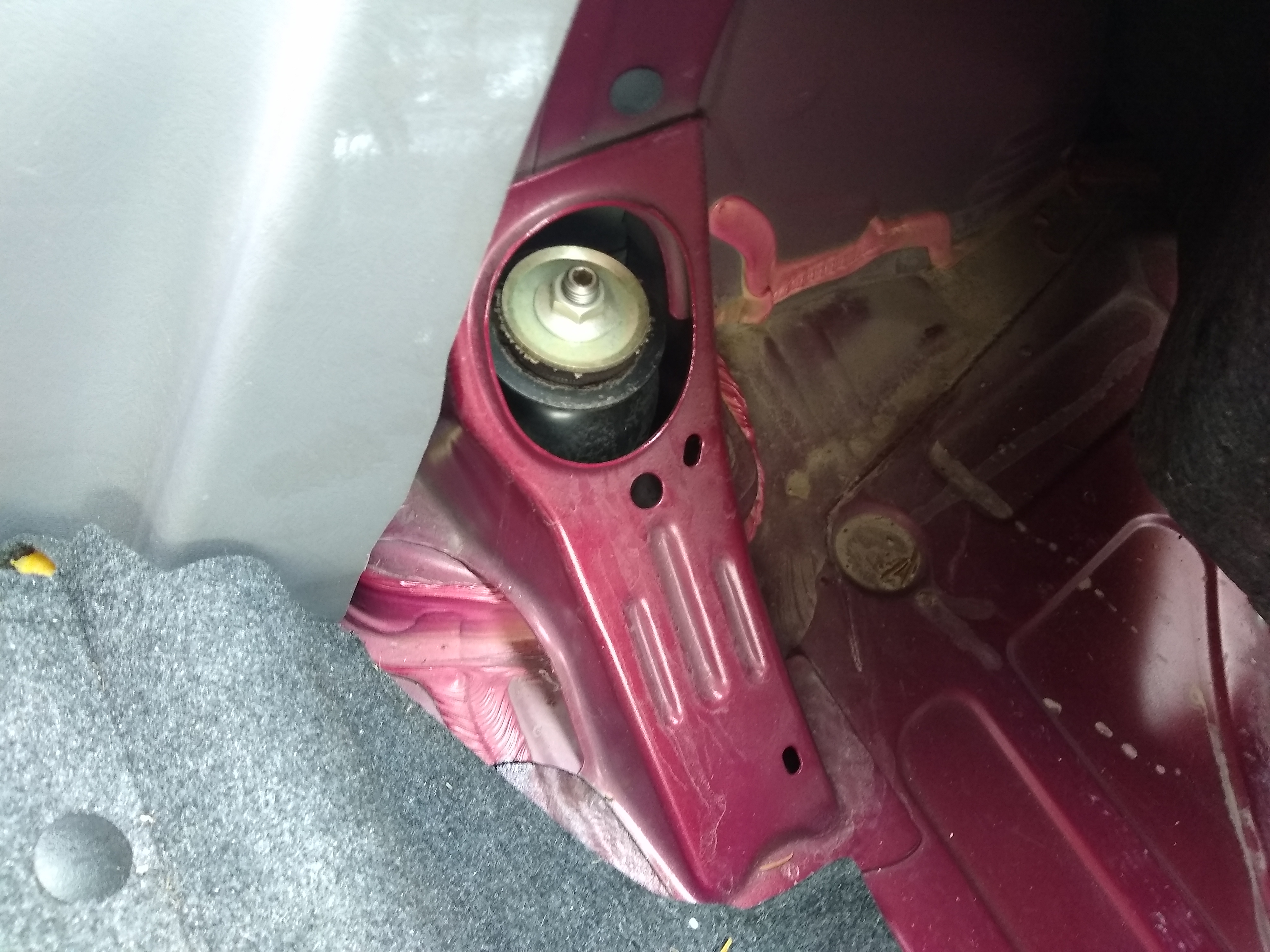 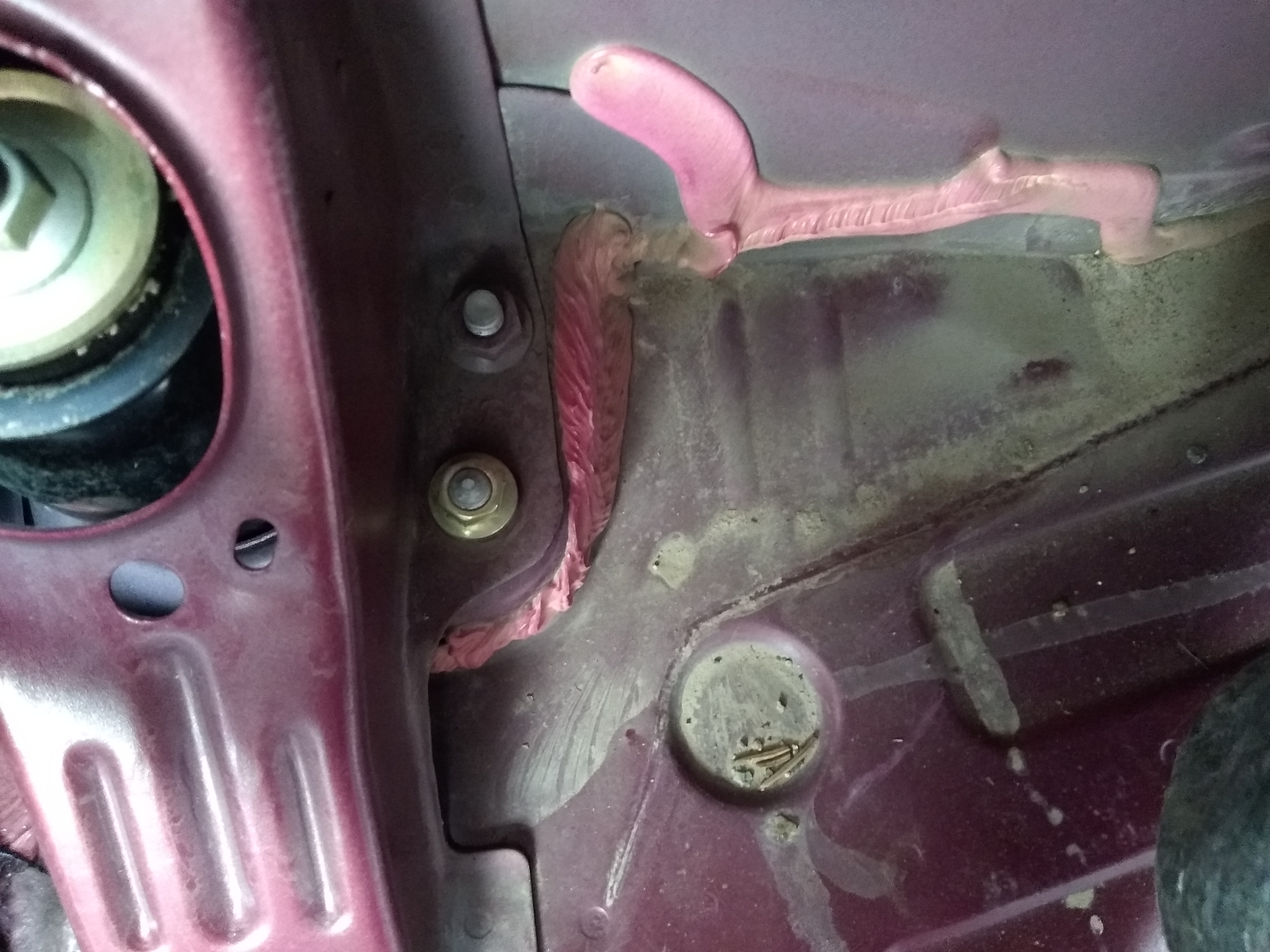 Remove the last bolt from the top of the strut, this bolt is accessed from the outside of the car.

When the last bolt is removed the strut will drop down

Now we can put the new strut in. It seemed easiest to get the top of the strut loosely attached and then deal with getting the base of the strut settled on the bottom. 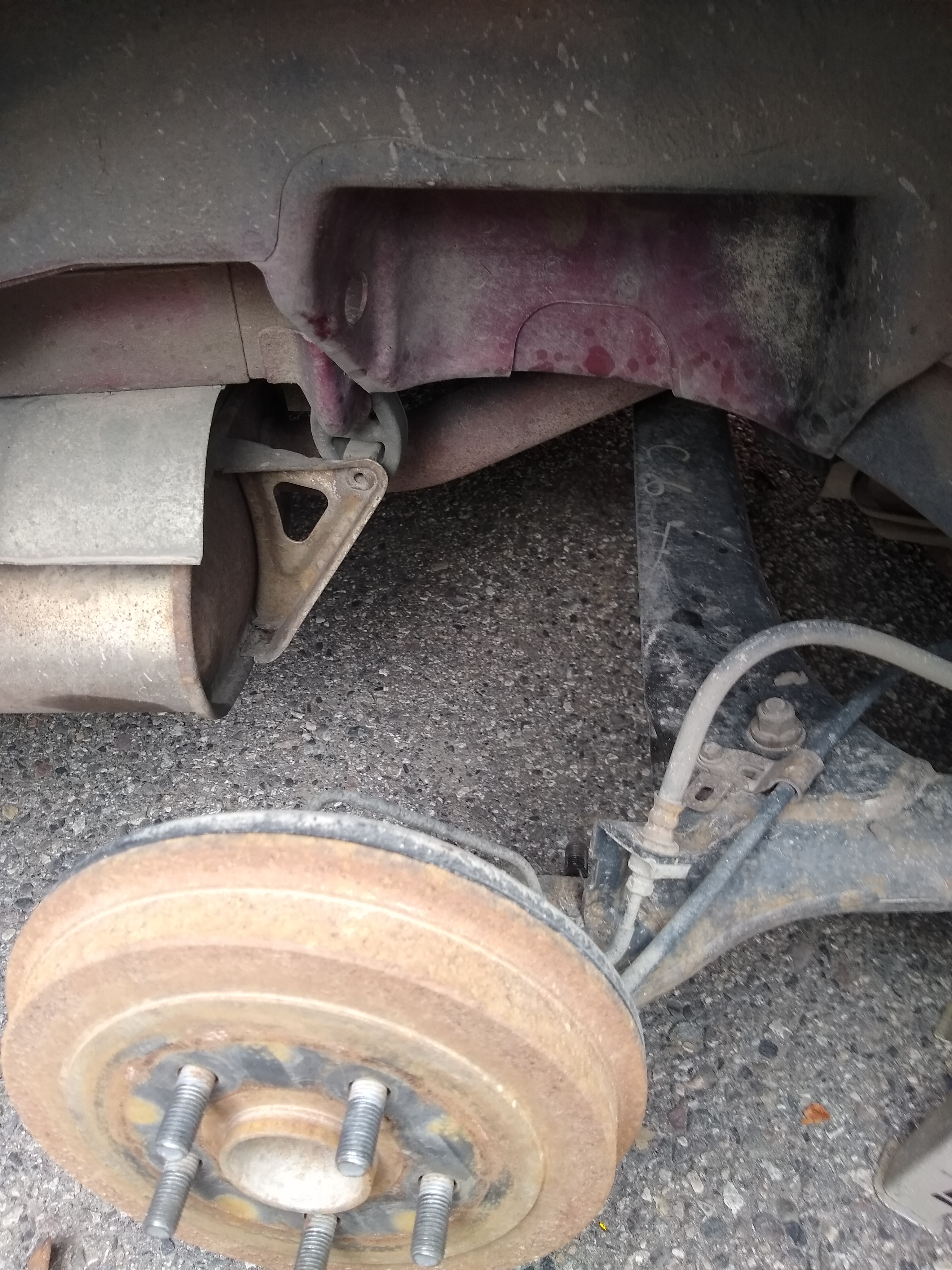 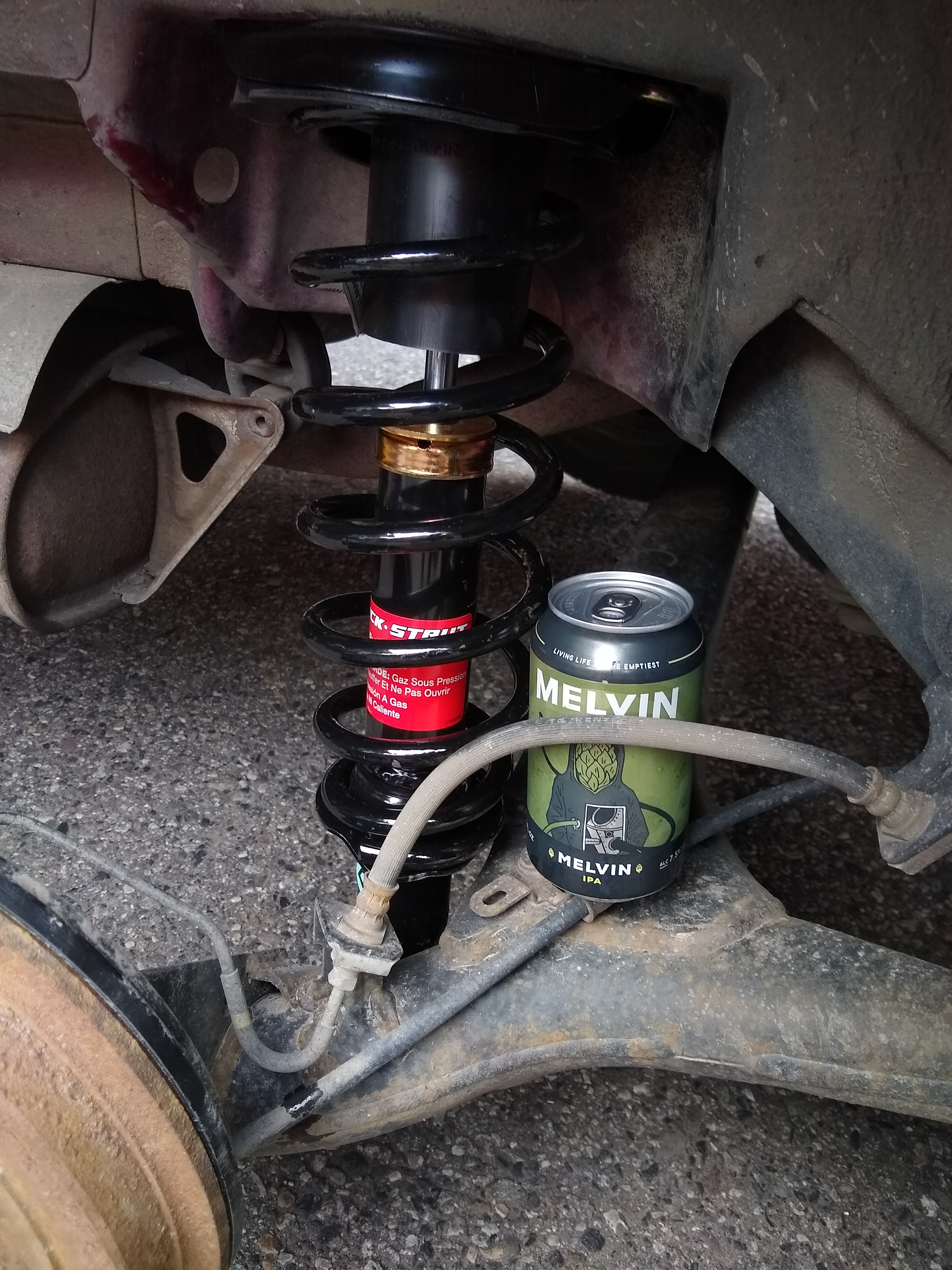 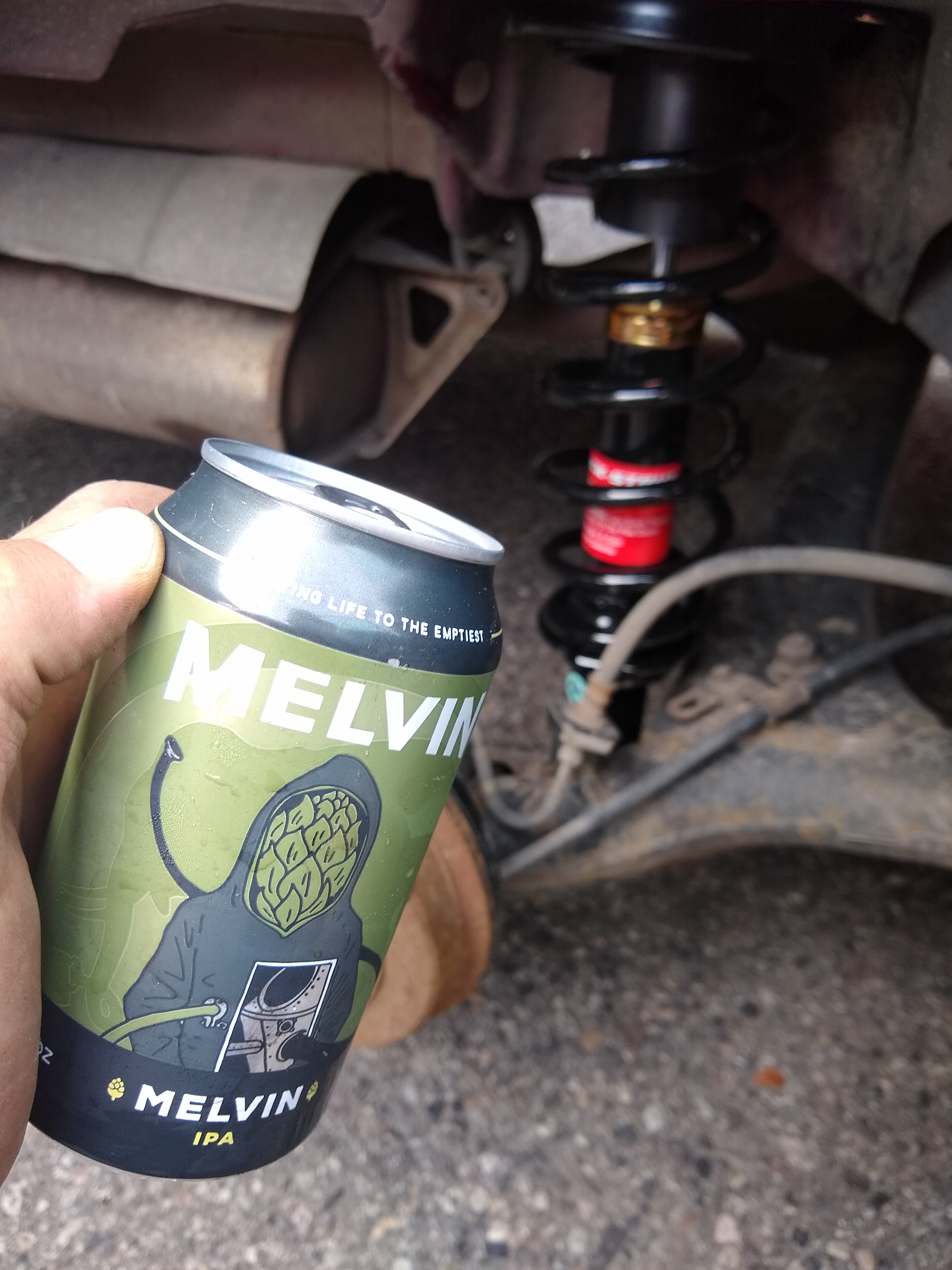 I didn't take many photos of the process in the front but it is essentially the same. Remove the bolts holding the strut, as well as the swaybar and brake cable that are attached to the strut. It is nice to have an extra pair of hands on the front to help lift the brake rotor and get bolts in place.

Remove these 3 nuts from each side within the engine compartment. 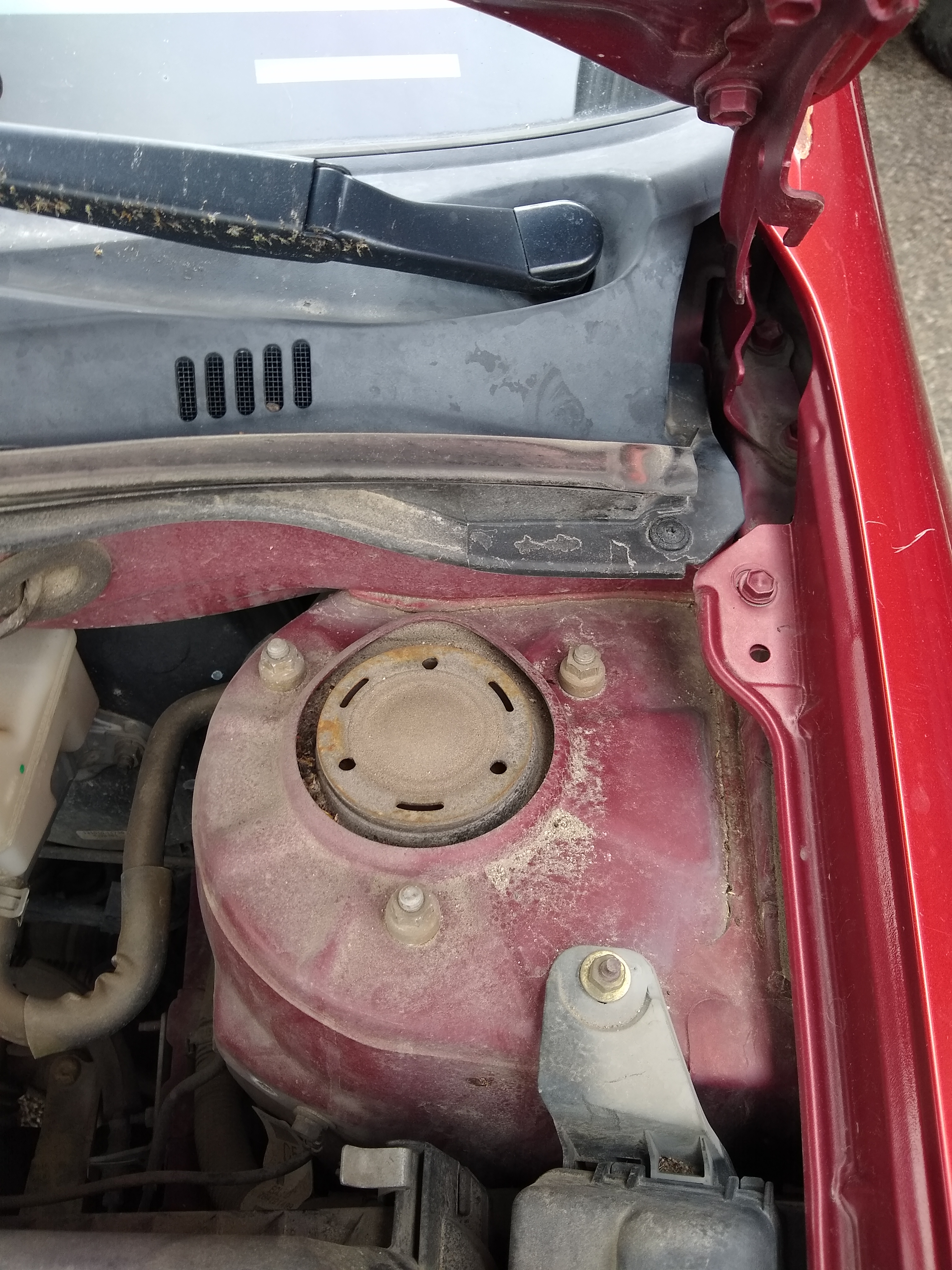 Just tightening things up in this last picture, would definitely do this job again. 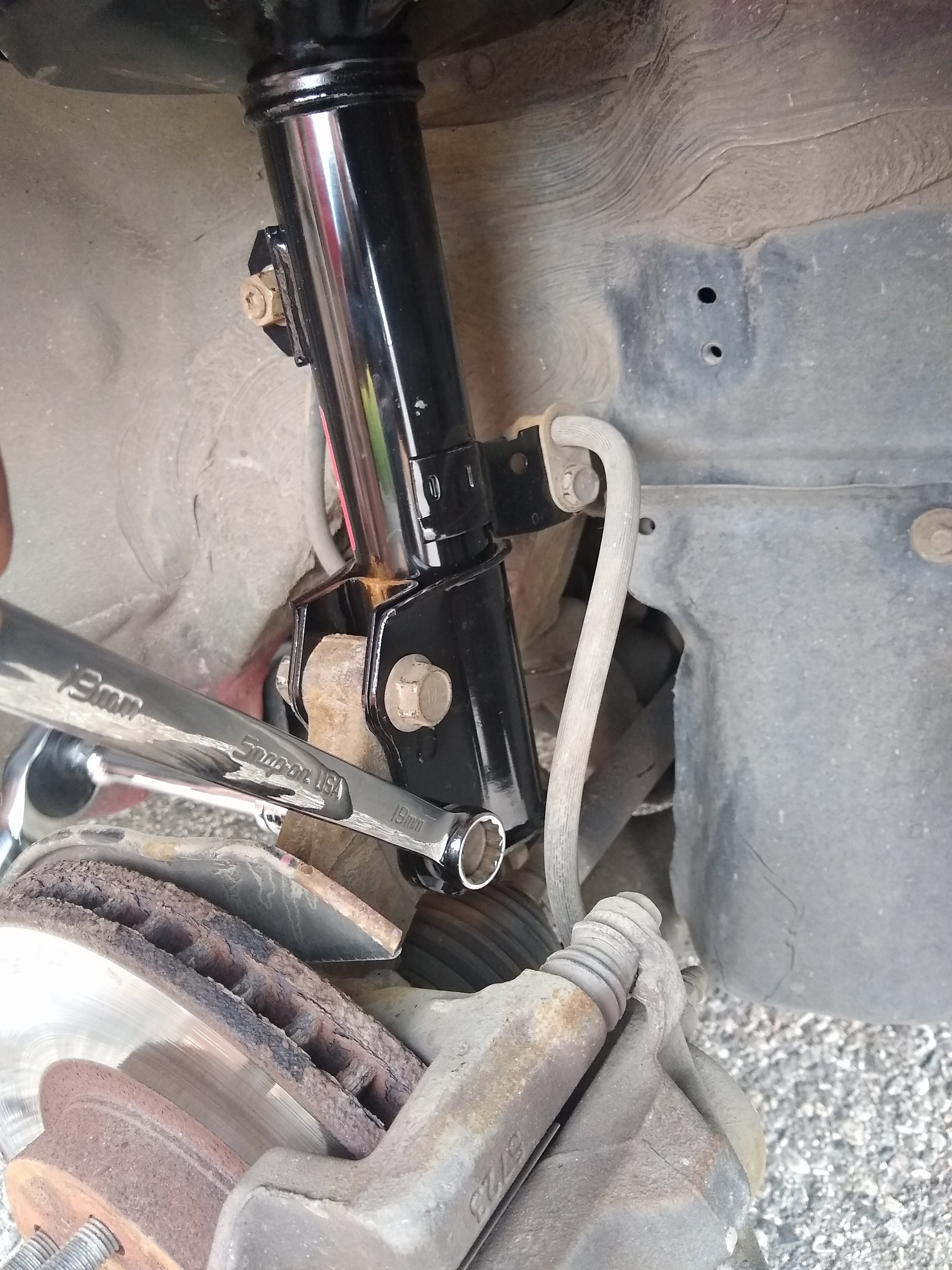 Note: When re-attaching the swaybar you will need to use the 6 mm allen key to tighten once the nut is hand tight.