Once this test is passing we should have a good idea that the output is at the very least being converted from a bytestring to a normal string.

Seems pretty simple, loop through each event in the events list and convert it to utf-8. I'm also going to do a check to make sure we are actually converting a bytestring and also ignore any errors while trying to convert. Being explicit with the str function below to help me remember that the str() function takes three arguments. I often forget about the errors option.

Now let's do some manual testing to see what this looks like in the browser. 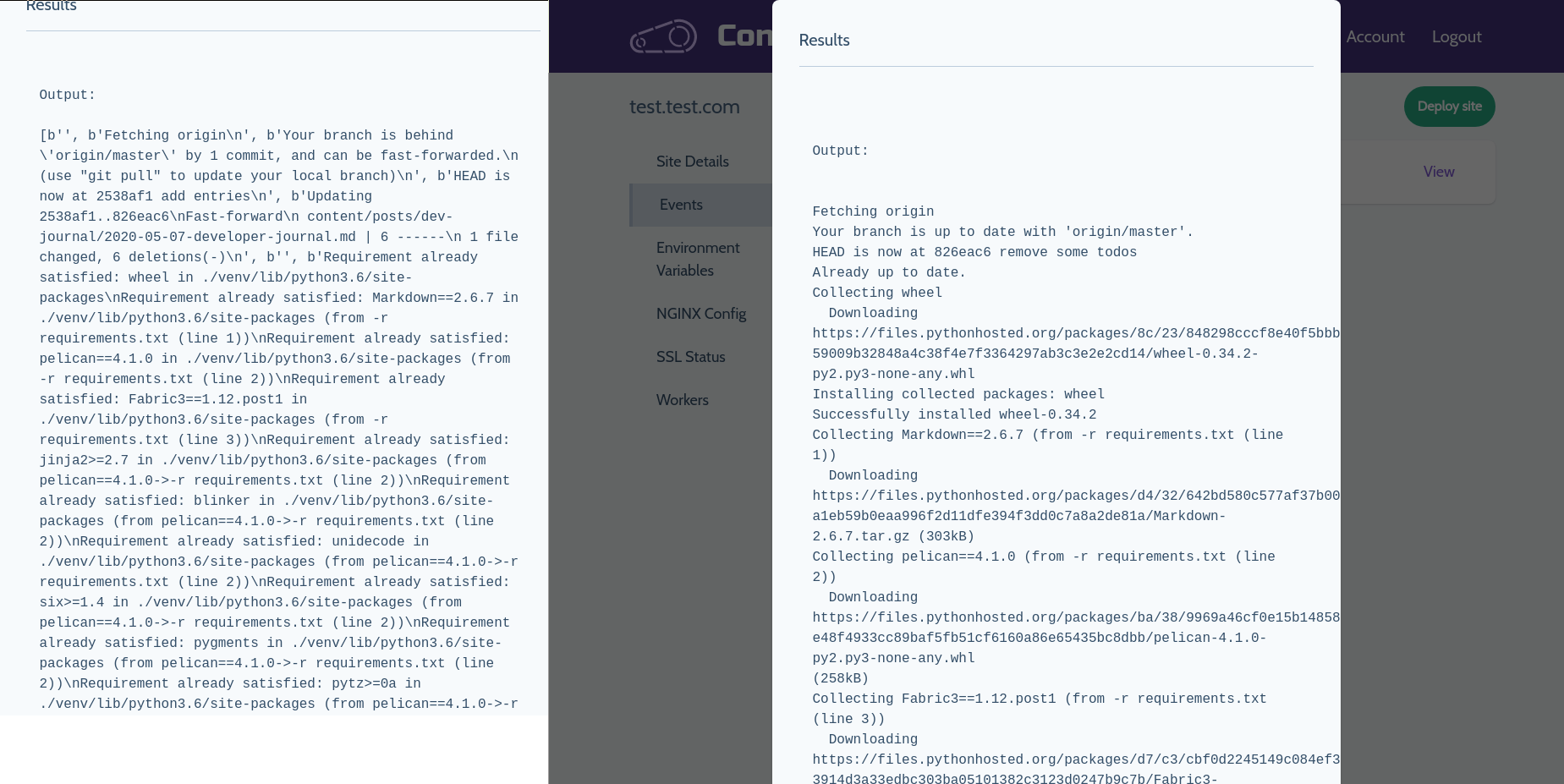 It is much more readable now, but the text now overflows out of the modal.

No problem, just need to add the wordwrap filter to the output and errors in the template. 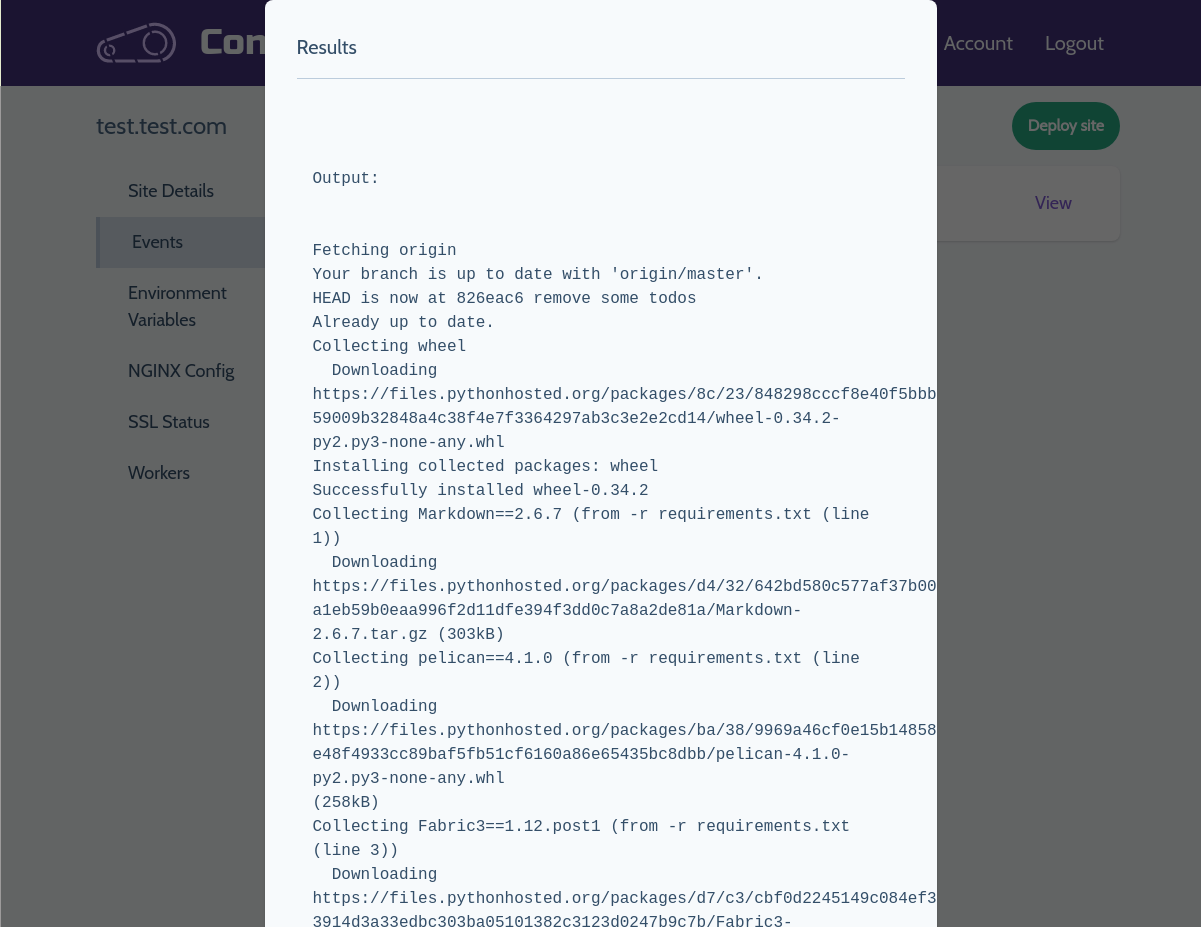 While this works, the padding on the right side of the element is not being obeyed. Also, there really should be a scrollbar for the vertical content within the modal, it is currently on the page element.

Did some element styling and ended up with this:

It could be better but it is a big step ahead of where it was, this should help in debugging issues with deployments on Conveyor.